A stroke is a medical condition that results in cell death due to decreased blood flow to the brain.

There are two main types of stroke: ischemic: due to lack of blood flow Hemorrhagic: due to bleeding Signs and symptoms of a stroke: it may cause dizziness, difficulties in understanding or communicating, loss of vision and inability to move or respond on one side of the body, pneumonia and loss of bladder control. Stroke symptoms can last for a long time.

Diagnosis and prevention: Diagnosis is usually based on a physical examination and is accompanied by medical imaging such as MRI or CT scanning, electrocardiogram (ECG) and blood testing to assess risk factors.

Prevention involves the elimination of risk factors, as well as the use of statins, aspirin, surgery to open up artery defect narrowing, and warfarin in those with atrial fibrillation.

Between 1990 and 2010, the number of strokes in the developing world increased by 10 percent and in the developed world dropped by 10 percent. Overall, 2/3 of the strokes registered in those over 65 years of age. South Asians are disproportionately high at risk of stroke, contributing 40% of deaths from strokes worldwide. Among women, 60% of stroke deaths occur, but men are 25% more likely than women to suffer from stroke.

The Global Stroke Management Market was worth $22,581 million in 2016 and is expected to be worth $36,756 million by 2023, expanding at a CAGR of 7.1 percent during the study period (2017-2023). Stroke is a medical emergency that occurs when blood flow to the brain is disrupted, causing brain cells to die.

The Stroke Management Market's Key Findings:
• The diagnostics sector dominated the market in 2016 and is expected to grow at the fastest CAGR of 8.1 percent in 2017.
• In 2016, the ischemic stroke category accounted for the largest share.
• In 2016, the United States was the largest shareholder in the North American stroke management market.
• During the analysis period, Asia-Pacific is predicted to have the highest growth rate.
• In the Asia-Pacific market, China is predicted to develop at the fastest CAGR. 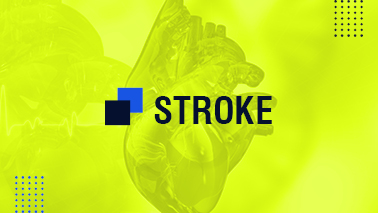