Geriatric cardiology is a subdiscipline of cardiology and geriatric medicine dealing with cardiovascular disorders in the elderly.

In addition to vascular disorders such as atherosclerosis, peripheral arterial disease, cardiac disorders such as heart failure, myocardial infarction, arrhythmias, cardiomyopathy are the cause of morbidity and mortality in the elderly.

In 2015, the global geriatric medication market was worth roughly USD 540 billion. The fast growing geriatric population base is one of the primary elements contributing to its rapid expansion. The worldwide geriatric population was estimated to be approximately 809.4 million in 2012, according to UN estimations, and is expected to reach almost 1.13 billion by 2022, and exceed a value of over 2 billion by 2050.

The growing elderly population in the world, as well as the increasing incidence of cardiovascular illnesses, are two of the most important aspects driving market revenue growth.

A new report from Emergen Research estimates that the global interventional cardiology devices market had a value of USD 13.72 billion in 2020 and is predicted to grow to USD 26.84 billion in 2028, with a revenue compound annual growth rate of 8.7 percent over the forecast period of 2021-2028. 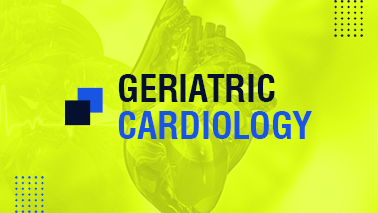